This mama is tired.

I have an idea. You take my kids for three hours so I can take a nap and then we’ll switch. It’s fair game even if we put the children in front of the TV screen the whole time. You in?

We don’t have cable, which is probably a good thing, but honestly, sometimes I wish we did so Lucas would sit quietly and watch TV. Does that sound awful? It’s probably good that he doesn’t watch any TV, right? Tell me that’s good so I feel good about this.

I think having two kids is tiring. Joshua doesn’t sleep during the day- at least not much. I’m lucky if we get two naps in, but they are never more than 30 minutes. Sometimes an hour, and that’s huge. If I nap with him we usually get 1-1.5 hours which is nice. He is way different than Lucas was at this age because Lucas was a pretty good napper. 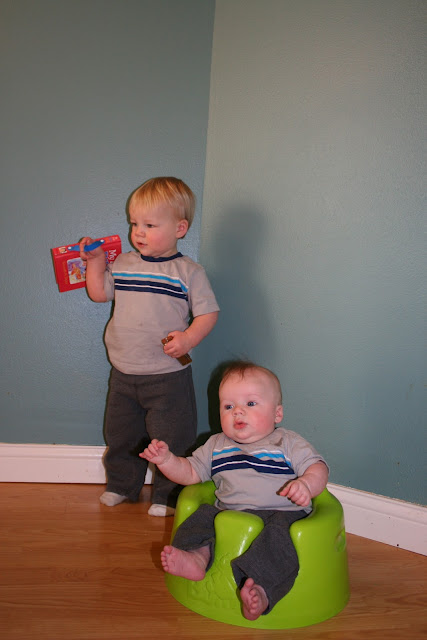 I am SO thankful that Lucas (usually) takes a good nap. I feel sorry for all the moms who have toddlers who don’t nap. You have my sympathy big time!

I’ve been wanting to get Joshua on more of a schedule during the day, thinking that might help with his day time sleeping, but that sure is hard to do with a toddler running around the house who starts yelling DADDY! DADDY! when you don’t give him attention at the precise moment that he wants it.

Thank goodness Joshua sleeps with me or I would be a walking zombie. I don’t know how often he’s up at night, but I don’t notice too much since I don’t have to get out of bed.

I am not feeling motivated to do anything productive, you know like exercise or run.

Okay, I’ll see you in a couple hours!