Skip to content
I have to tell you, and I hope you understand what I mean when I say this, but eating spinach makes me feel like such a rockstar. Almost like a bad ass. Because, who eats spinach?  This is not like me. But, I am slowly trying to incorporate more nutrients into my life, as begins my smoothie journey.
But look, I ate spinach! I feel like such a super healthy freak.
And I totally love it. 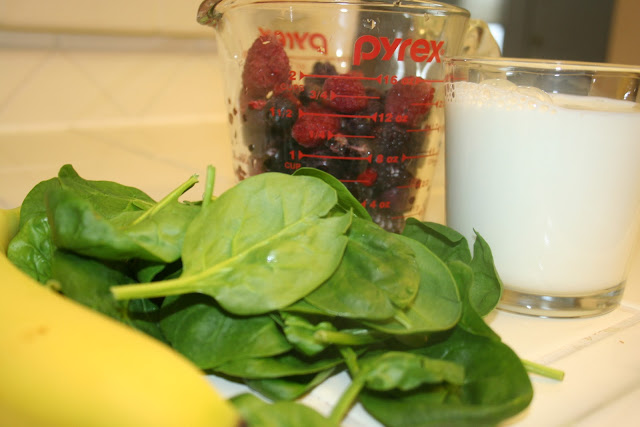 So, this was my first attempt to make a smoothie with spinach. I wanted one that was healthy but also tasted good, obviously, because it if doesn’t taste good I don’t want to drink it and neither will Lucas.
One Banana.
One big handful of spinach, only one of the healthiest greens in the world, one of which contains loads of vitamins and nutrients and if you eat it you automatically become a rockstar in my book.
Two (ish) cups of mixed frozen berries. I added a lot because I was scared of the spinach.
I don’t really know what I’m doing. This is all just experimental fun.
One cup of milk. 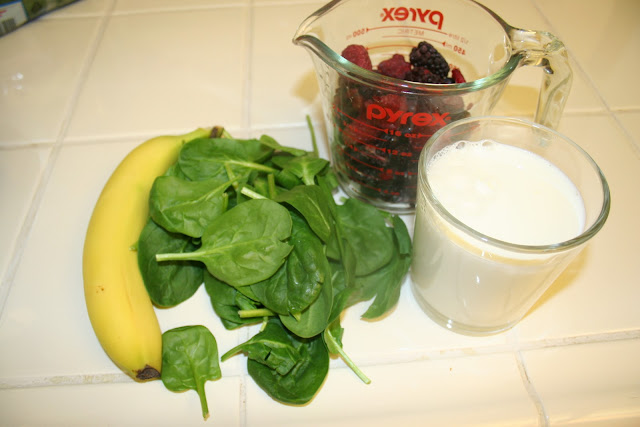 It was yummy! It didn’t turn green, the blue and red berries were too powerful for it.

I decided my goal when making smoothies will be to see how pretty I can make them. 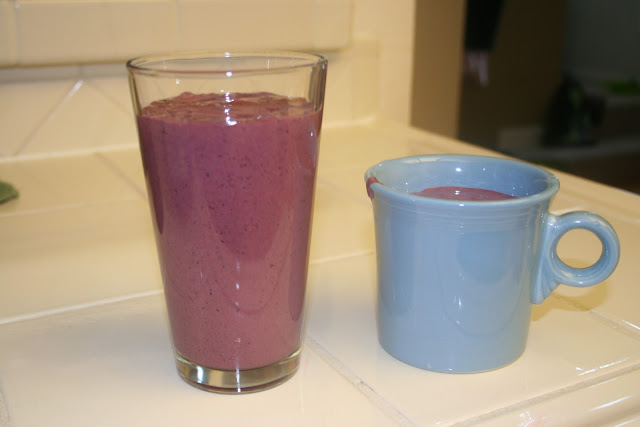 One for Lucas and one for myself.

He only drank a little bit, so I only get half a point for that, but I finished it for him.

I made another smoothie today, too. Instead of writing a separate post for each smoothie I make, I’ll spare you and include it here. We did a simple one today, just a banana and strawberries with milk. Lucas loved this one and drank his glass. I completely forgot the spinach here. 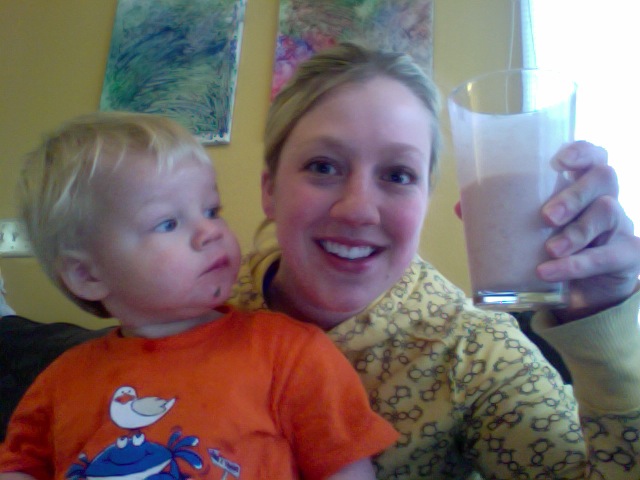 I just figured out today that you can take pictures with yourself on Photo Booth and upload it on your computer! How cool is that? It is sort of freaky taking pictures of yourself.  This is me holding our smoothie. Lucas thinks I’m weird. That’s a strawberry leaf on his chin.

Oh, the point of that picture was to show you the color of our smoothie. I lost my train of thought there. So this smoothie was pretty, too. A light pink color, and while it tasted very delicious, it wasn’t cold enough. I should have used the frozen strawberries (in place of ice- not that I use ice anyways- which would make it cold) but we had just got new strawberries at the store so I was too excited to remember that.

Have you tried a spinach smoothie yet??

I am considering going cold turkey with chocolate. I know that sounds crazy, but I feel like it’s sabotaging my goals. Exhibit A) my face in the above picture. I read a story about someone who went cold turkey (WHY do they call it cold turkey? I don’t understand what turkeys have to do with this) on pop and he hasn’t drank pop in a year. He said it’s hard but it has been so good for him on so many levels. I want to be like him.

7 thoughts on “I eat Spinach”